Known to the public only by her alias “The Mountain Woman,” Halla is a passionate environmental activist, secretly waging a one-woman-war on the local aluminium industry and risking everything to conserve the pristine Icelandic highlands she loves.

But as her actions grow bolder and her legend grows, an unexpected letter changes everything – her application to adopt a child has finally been accepted and there is a little girl waiting for her in Ukraine.

Before she can fulfil her dream of becoming a mother, Halla plots an attack to deal the mining companies one final crippling blow.

Woman at War, the charming and topical new film from Benedikt Erlingsson (Of Horses and Men), is a quirky, heroic tale set in our world of imminent threat – the tale of an unlikely David taking on the Goliath of industry, one electricity pylon at a time.

RENT OR OWN THIS TITLE NOW

"Gloriously Icelandic.
An intelligent feel-good film that tackles urgent global issues with humour and a sense of justice.
A satisfying stand by one woman against the powerful forces of industry.
Delightful."
- Variety

"Offbeat, poignant and visually exquisite.
A modern-day fable about a female David taking on the Goliath of her country's government and industry."
- The Hollywood Reporter 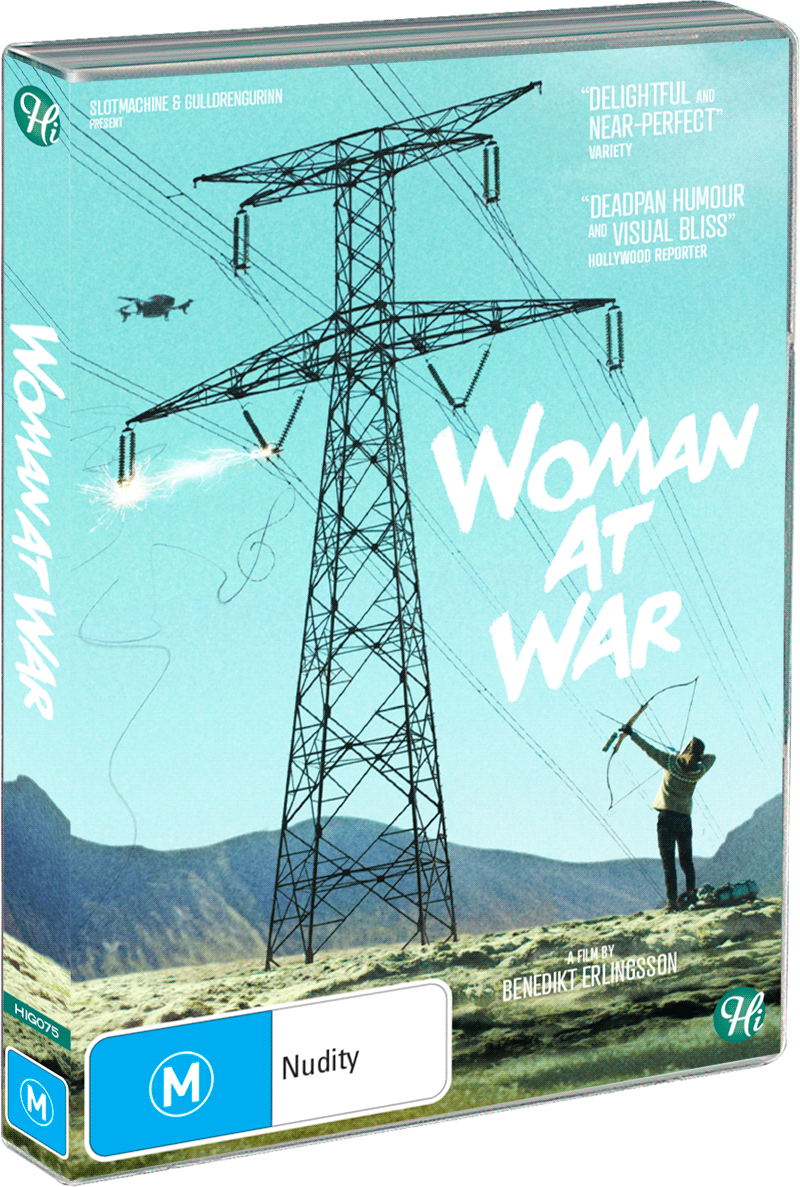